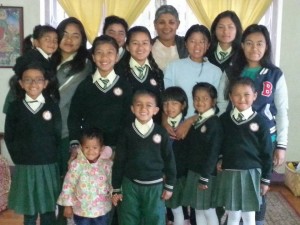 It’s really hard to believe that a couple of months ago when I left Nepal and House with Heart ( HwH ) the Children’s Home that I support and volunteer in that an earthquake of 7.8 magnitude would hit the country and kill over 7000 people to date. This death toll is expected to rise.

It’s hard to believe that not that long ago I was doing McTimoney Chiropractic sessions on the kids at HwH, teaching them about posture, how to walk and how to stretch as well as run around with them, celebrate Holi, and celebrate my birthday.

It’s hard to believe that some of UNESCO’s world heritage sights in Kathmandu from the 15th to 18th centuries that I have visited have come crumbling down.

It’s hard to believe that the Nepalese government ( or maybe not that hard ) at a time like this is taxing and delaying international aid reaching those that need it the most and are keeping it for themselves, their villages and their families.

It’s even harder to believe that the Hyatt Regency has been accused of turning away local Nepali people seeking refuge in their large luxurious grounds – shame on you Hyatt for you have lost a customer for life and undoubtedly will lose more.

However despite all of this the human spirit of giving, sharing, caring, being compassionate and praying for all of those that have suffered in this prevails and shines a bright light in the darkness that has engulfed Nepal. When the earthquake hit HwH was affected like a lot of places that were not left untouched. In true style and demonstrating generosity of spirit they opened their gates and gardens to their adjoining neighbours whose buildings had either entirely collapsed or were in the danger of being collapsed. The Hyatt could really learn something here! The home that had become my home in March had substantial structural damage with cracks, the solar panels were damaged and their water tank had shards of glass and was unusable so they were relying on rainwater until it could be replaced. The children and staff could not stay in the home as too unsafe, so they amongst their neighbours have been living in 2 tents pitched in the garden. We’re talking about 75 people crammed in 2 tents sharing 2 toilets that were thankfully built in the garden a few years ago. Thankfully they were better prepared than most and had stocked up on some emergency food supplies which is what they have been nourishing on under the rains of the monsoon season which has come early creating other problems.

Tragedy gives an opportunity for human kindness to shine. I have had countless messages of support from family, friends, colleagues and clients asking what they could do. In response to this I have asked for donations and have pledged myself as I truly believe in leading by example. I am grateful for the fantastic reply to this call of help and in particular to my clients who support my passion for taking McTimoney out to the world, especially to those who who are less fortunate than ourselves and who have already experienced so many challenges than most of us will ever see in our lives. I hope to return to HwH next year when I shall be using McTimoney again amongst the residents and staff whom I’m honoured to count as my family.

As Dailai Lama says:
“Serving and helping others out of compassion is non-violence in action.”