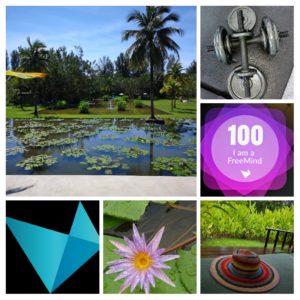 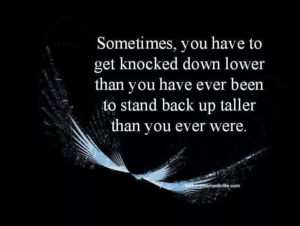 In the early hours of 23rd June 2019 I was in a car crash, where I wrote my car off on the M1. Fortunately no other cars were involved but my life changed dramatically in a matter of 12 seconds from when the car hit the central reservation of the motorway to coming to a standstill on the hard shoulder. I was doing 53mph; I know all these facts as I had a dash cam (a camera videoing everything) fitted in my car. Airbags were deployed and my steering column was wrecked. I was severely injured with pains in my rib cage that I’m still struggling with on a daily basis, bruising and cuts/lacerations on my right arm, collar bone and chest. The immediate weeks following I could barely walk or function, had a subsequent fall down the stairs as my legs gave way, and my memory was impaired. I had such highs and lows and I entered what seemed like a dark time in my life; all the effects of shock and trauma.

A chest X-ray revealed dislocated ribs and mercifully not fractures or a pneumothorax. The consequences of that accident could have been far worse and that realisation hit me a week or so afterwards when I totally broke down emotionally realising that I could have died.

“The wound is the place where the Light enters you.” Rumi

During this difficult time I withdrew from life not wanting to see anyone but I forced myself to do certain things no matter how painful and frustrating; pray, meditate, rehabilitation exercises and journaling, often in that order and often more than once a day. I slept more than I ever recalled doing before as I started healing, recovering and regenerating. There were times where I really thought that I would never wake up and in the strangest of ways that bought me comfort as the pain was beyond anything that I had ever experienced before and at that time not waking up seemed to be the better option.

I lost my independence overnight and was totally dependent on Mehul, my husband for everything from taking me to my medical appointments, as I wasn’t able to drive, to helping me get dressed, applying hot & cold packs to my injuries, organising my replacement car and dealing with my clinic administration.

4 days after the accident I went to see my body worker and myofascial release practitioner, Sue. I didn’t have McTimoney Chiropractic initially as the soft tissue damage needed addressing first so Sue was the perfect choice. Not a day went by the first month where I didn’t cry from the pain; it was excruciating, debilitating and I was getting exhausted on all fronts, physically, mentally and emotionally.

My personal trainer and friend, Michael Prentice, was tirelessly working out a rehabilitation program for me. He knew my fitness levels, my strengths and weaknesses better than anyone as we have been training together for 4 years. Before the accident I was at the peak of my fitness and naturally this came crushing down afterwards. I was devastated and totally inconsolable as I felt that I had lost everything that I had worked towards. 10 days after the accident I started gentle rehabilitation using my cross trainer, stepper, resistance bands and light weights combined with lots of stretching. In most sessions I was in tears from the pain and the frustration. 6 weeks in, I am already achieving personal best scores on my rowing machine, cross trainer and lifting heavier weights again. I would never have believed it was possible and all this with dislocated ribs. Michael put it down to the fact that I was so fit prior to the crash; otherwise progress would have been very slow.

“All of our difficult emotions are our signposts to freedom. Don’t ignore them; listen to them and amplify them. They are an invitation from your heart to come home.” Tom Fortes Mayer

I also realised that I needed help on the psychological front as I was and still am having nightmares, although less frequent about what happened. For me, this was the hardest thing to do as it meant I had to accept and show my vulnerability to a therapist. I sought the help of the experienced hypnotherapist and meditation teacher, Tom Fortes Mayer, whose mediation app FreeMind I was using already. The meditations were already having a huge impact on my life prior to the accident. Tom has the most calming presence about him and his sessions and words of encouragement have made me feel human again. He has helped me in surrendering and accepting what had happened to me instead of my denial and resistance to it which was affecting my recovery. It’s been really hard at times to feel these feelings but in doing so they are helping me to heal and find freedom again.

I would so highly recommend him and his unique meditations that for me have been life affirming and life changing. I’m including his link here www.freemindproject.org and www.freemindhub.com

My GP was also very supportive, promising me that I would make a full recovery; the physical recovery probably faster than the psychological one. When I went to see her again at 5 weeks she was astonished at how well I looked externally, my cuts and scars were healing well and I was much more mobile. She asked me what my routine was so I told her; pray, mediate, rehabilitate primarily combined with salt baths and eating anti-inflammatory foods. I only took the full dose of prescription painkillers (8 a day) and anti-inflammatory (2 a day) for 2 days; the side effects were horrendous so I gave up on them. She was surprised as she remarked that one would never have thought that I was in such a serious car crash. She also allowed me to travel and fly on a pre-booked break which was on hold after the accident so my husband and I headed off to Thailand to celebrate our 25th wedding anniversary. It was exactly the tonic that was needed, to get away, be looked after and be pampered, reflect on all that we were grateful for and to celebrate life.

Whilst my journey of recovery still continues I feel like I’m getting my life back thanks to the support and help that I’ve received from those mentioned here. I’ve had some very dark moments where I’ve not been able to see the light but I was continually reminded by loved ones that I was surrounded by it all the time except some clouds had got in the way for now.

“Hope is being able to see that there is light despite all of the darkness.” Desmond Tutu